Get my free novel and daily stories from the Japanese countryside below.
You're signing up to receive emails from Brandon Chin 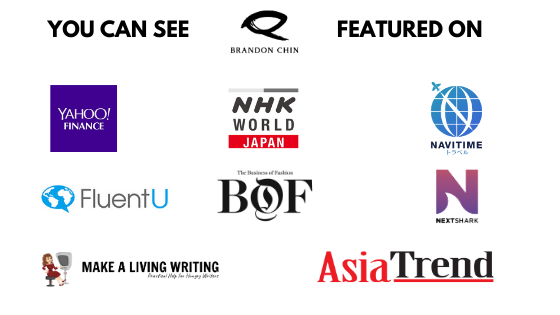 I'm your bridge to Japan.

It was getting late. And I was scared.

“Hotel. This hotel,” I said pointing to the paper in my hand.
The bus driver simply waved me off. He had a job to do.
I returned to my seat for the third time defeated.
I was on a full bus barreling down the Hiroshima streets in the darkness of night.
It was my first time traveling by myself. I was 19 and had zero Japanese skills.
I was lost.

The bus continued to get emptier at every stop.

I began to panic. I started to beat myself up.

"I should've looked at the bus signs more carefully."

"Why didn't you confirm with the bus driver before getting on?"

But none of these thoughts turned into action.

I was frozen in my fear.
Finally after a good hour of driving in the opposite direction of my hotel, a passenger motioned for me to get off the bus with them.

We stood in the cold for a minute or two while he looked up my hotel address on his phone.
Once he found it, he simply started walking. So I followed.
For 2 hours.
In the middle of night.

With almost 50 lbs of luggage (did I say it was my first time abroad?).

After more self-doubt and fear, coupled with sleep deprivation and a sore body, we arrived.
When we got to the hotel, the man simply bowed and left.
A massive pressure dissolved from my chest. But in its place arose confusion.

"How could he have walked so far in the middle of the night after what must have been a long day...without speaking to a stranger he just met on the bus?"

I never got to share my gratitude with him. But that man's help was the start of a long list of lessons I continue to learn here.
Now, I’m based in Fukuoka after living in Japan for 6 years.

I know Japanese people in almost every niche you can imagine. But it didn’t come without work.
I began my journey to Japan as a child taking karate in my home country, the US.
10 years of practicing discipline and focusing on building inner character encouraged me to visit Japan as a university student.
I traveled to all of the major regions in my early twenties. I met entrepreneurs, farmers and everyday Japanese people in the countryside that contributed to their community through their work.
Working alongside them through the volunteer program called WWOOF, I gained insight into my own mission.
I am here to connect people.
We are here to connect.
Across borders, culture and ethnicity.
Now, I connect local Japanese people with a global audience. I do it through my novels and my online community, Raw Japan.
It’s my way of fulfilling my mission and contributing to the communities that grew me, back in the US, Jamaica and Japan.
If you feel connected to Japanese language, art or culture, feel free to join the community below.

If it's not a fit, no worries.

I look forward to diving in deep to Japan with you.

Love Japanese culture and questions about human nature? This Asian myth/thriller series is for you.
View product Free

Get my free novel and daily stories from the Japanese countryside below.
You're signing up to receive emails from Brandon Chin
Welcome!
Enter your info below to login.
Forgot your password?